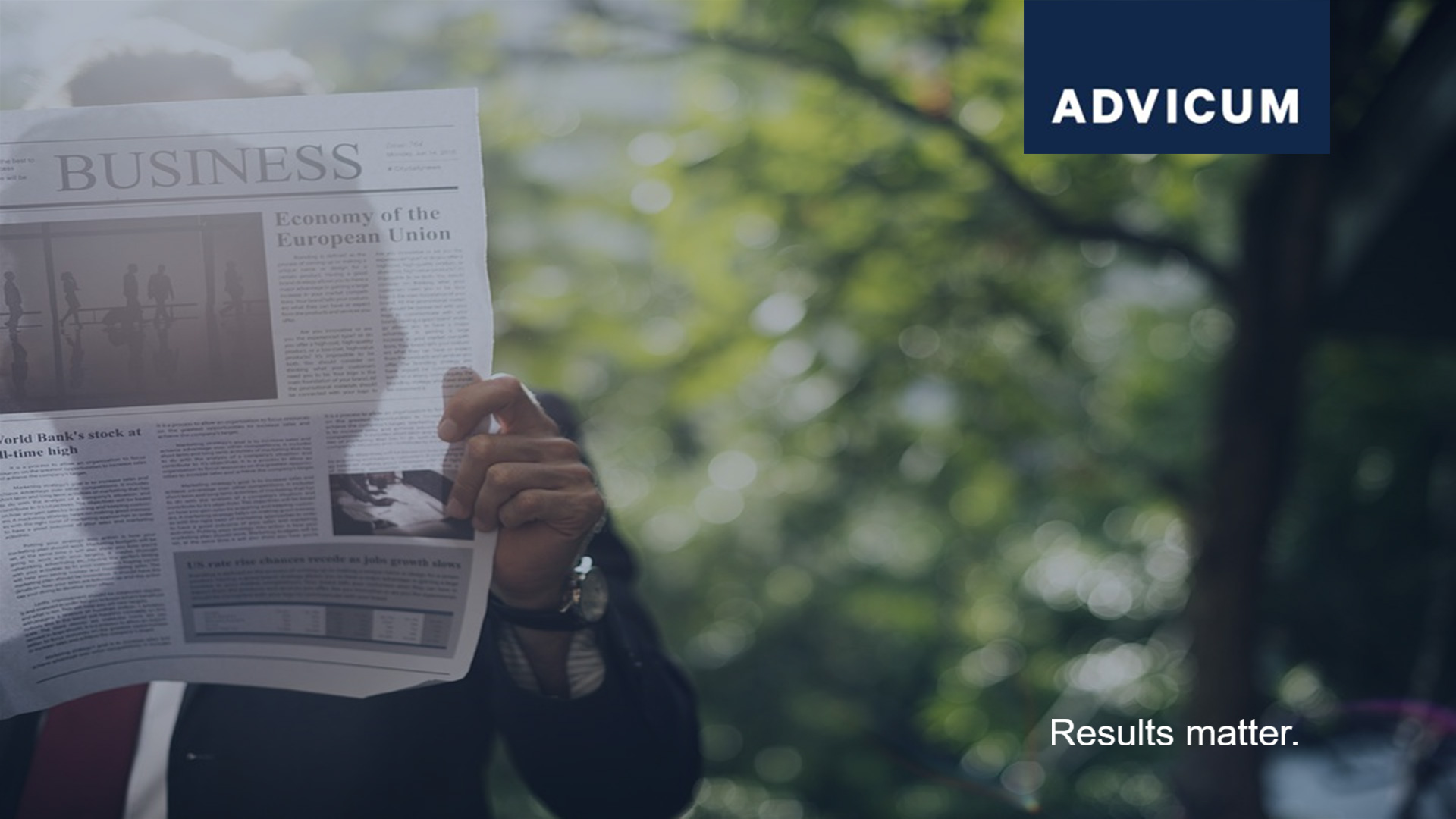 Artificial intelligence is one of the most disruptive developments we have seen in a long time.

Andrew is a prominent pioneer in artificial intelligence and e-learning. We would like to give you a short insight into his visionary work on AI and provide an overview of some of the most promising applications for AI in the near future.

Andrew Ng – a short introduction to a genius

Andrew was a professor at Stanford University Department of Computer Science. He worked at Google, where he founded and led the Google Brain Deep Learning Project, which developed massive-scale deep learning algorithms. This resulted in the famous “Google cat” result, in which a massive neural network with 1 billion parameters learned from unlabeled YouTube videos to detect cats. In 2012, he co-founded Coursera to offer free online courses for everyone. 2 years later he joined Baidu as Chief Scientist, and carried out research related to big data and AI until 2017. More recently, he continued to work on deep learning and its applications to computer vision and speech, including such applications as autonomous driving. After Baidu, he has continued working towards the AI transformation of our society and the use of AI to make life better for everyone.

Andrew Ng’s answer on “what industries do you think AI will transform?” usually is, that it might be easier to think about what industries AI will not transform. „To be honest, I struggle to think of one. It is difficult to think of a major industry that AI will not transform. This includes healthcare, education, transportation, retail, communications, and agriculture. There are surprisingly clear paths for AI to make a big difference in all of these industries.“

Over the last few years, AI technologies have developed tremendously. There are so many things that we can do now that were not possible three or four years ago. This creates huge opportunities. In the same way that electricity and the internet changed everything, over the next few decades, AI will change everything. Andrew Ng is looking into various ideas in parallel, and exploring new AI businesses that can be further developed. One of the exciting fields is finding ways to support the global AI community so that people everywhere can access the knowledge and tools that they need to make AI transformations.

„In previous rises of new technologies, such as the rise of electricity about 100 years ago and the rise of the internet about 20 years ago, many organizations began by hiring one leader to sort out the new technology and figure out how to integrate it into their organization. About 100 years ago, electricity was complicated. There was AC and DC, you could buy electricity from different companies, and there were reliability versus power versus cost trade-offs. Companies had to make decisions like, do we want to install electric motors, or electric motors and lighting? CEOs did not know how to figure out electricity, so they hired a specialist, a vice president of electricity, to figure it out for them. Today, electricity is commoditized and reliable, so this role is no longer necessary. Twenty years ago, we saw the rise of the CIO, a specialist hired to sort out the internet and computer information. AI is a similarly powerful and complex technology. The success, or failure, of a CEO to implement AI throughout the organization will depend on them hiring a leader to build an organization to do this. In some companies, CIOs or chief data officers are playing this role. I wrote an article several months ago titled „Hiring Your First Chief AI Officer“ that offers specific recommendations.

AI technology is powerful, but also still immature. AI technology as a standalone solution is not very useful. It needs a lot of customization to figure out how it can exactly support specific businesses. To generate added value an intensive know-how of the specific industry, a company and AI itself is required. To leverage the power of AI a team that understands the business context and has cross-functional knowledge of things like how to fit AI into your company is necessary (e.g. real estate investment company), your production cycle or your logistics network. Without cross-functional knowledge of how the business runs, it is difficult to customize AI appropriately to drive specific business results.

Startups have been effective at building these cross-functional teams.

The impact on our society and our work life will be substantial:

„Depending on the economist you ask, somewhere between 30 to 50 percent of jobs are at risk due to AI and technological displacement over the next 10 to 20 years. 30 percent of jobs being at risk is a scary thing. However, the flipside of this statement is that 70 percent of jobs are not at significant risk over the next decade or two. Moreover, these 70 percent have an excess demand for talent. We do not know where to find people to do these jobs right now. The issue is not that there‘s no longer work for people, but that the types of work that we need people to do is changing. I subscribe strongly to the growth mindset; almost anyone can learn to do almost anything. We need to build a society of lifelong learners where people keep on learning so that they always have the skills to do the work that is needed. It is often meaningful work. We are fortunate that the rise of digital content, such as MOOCs like Coursera, and the widespread availability of books, enables this.

With technological displacement coming, we might need to develop a new deal. There has been a lot of discussion about basic income, I am in favor of a variation of that. I support a conditional basic income where we pay someone enough to have a safety net. However, it is reasonable to set the expectation that we are not paying people to do nothing, but to keep learning. This will increase the odds that someone will gain the skills needed to re-enter the workforce, find meaningful work, and contribute to the tax base that is paying for basic income.“

When it comes to AI, many people think of Big Data. Data is extremely important for AI. The data that large tech companies have access to is an advantage and makes it extremely difficult for a small player to compete in a specific field. For example, speech recognition engines are trained with tens of thousands, or sometimes over hundreds of thousands, of hours of data. Face recognition systems trained with hundreds of millions of images. It is difficult for a small player to accumulate that amount of data. However, as Andre Ng describes above, it is customization and cross-functional know-how that makes AI most powerful for a specific application, a specific industry or an individualized company. A smaller organization, such as an academic research group or a startup can provide this combination.

„For example, take medical imaging of a certain disease, a university research group, by partnering with hospitals, might be able to get more data than anyone else has right now. By centralizing the data, they can do a good job building an AI system. Often, you need to build something that is just good enough. That lets you kick off a virtuous cycle that allows you to accumulate more data over time, and continue to progress. In the case of start ups, eventually build a different small business.“

Some of the most promising fields of application of AI are the following:

The fields of application for AI are literally unlimited. It also looks like the engines and algorithms used, become more and more commodity. The differentiator is the training of a specific application. AI needs to learn new use cases and domains just like a human being, although substantially faster. The increased processing power makes it possible for computers to execute complex tasks at extremely high speed and low cost.

Some examples for successful implementations of AI are summarized below.

Amazon: With its algorithms refined more and more, Amazon is able to accurately predict what their customers are interested in based on their online behavior. Amazon plans to ship products to the customer before they even know that they need them, however, there is still some way to go.

Cogito: Behavioral adaptation to improve the emotional intelligence of customer support representatives that exists on the market today. Cogito uses cross-functional know-how in machine learning and behavioral science to improve the customer interaction for phone professionals. This applies to millions of daily phone calls.

Nest: Nest is a learning thermostat, which can already be voice-controlled by Alexa. It uses behavioral algorithms to predictively learn from individual heating and cooling needs, thus predicting and adjusting the temperature in the home or office based on individual needs.

Siri: Everyone is familiar with Apple’s personal assistant, Siri. She’s the friendly voice-activated computer that we interact with on a daily basis. Siri uses machine-learning technology to get smarter and better to predict and understand our natural-language questions and requests.

These are just a few examples working with individualized services, based on personal behaviour and big data analytics.

The fields of application in different industries go far beyond these successful use cases. Some of the most promising applications are the following:

Biometrics: Natural interactions between humans and machines, including image and touch recognition, speech, and body language. Currently used primarily in market research.Robotic Process Automation: Automization of human action to support efficient business processes. Currently used where it’s too expensive or inefficient for humans to execute a task or a process. (Industry 4.0)